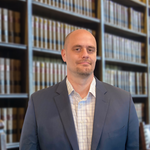 Alex Tuttle, has lived in the Southeastern region of Pennsylvania for most of his life and currently resides in Montgomery County.  Alex attended Central Bucks East High School and went on to graduate from West Chester University.  After graduation, Alex moved to New York to attend law school. While attending Touro Law School in New York, Alex worked for three years in a New York District Attorney's Office. There, he worked in the Economic Crime Bureau where he helped to prosecute felony level economic crimes as well as in the District Court Bureau, helping with various misdemeanor offenses.

After returning back to Southeastern Pennsylvania, Mr. Tuttle was originally heavily involved in representing lenders through the foreclosure process as well as companies involved in commercial disputes.  However, Mr. Tuttle found that his compassion and way of thinking outside the box would be better suited for individuals and businesses to get back on track in today's financial climate.

But ultimately what makes Tuttle Legal stand out from most other law firms, is its great support staff that goes the extra mile to be there for its clients during this difficult time.

If you would like to meet with us to discuss ANY type of legal issue, please call us today for a FREE case assessment.

Thank you for contacting us. We will get back to you shortly.

Please complete all required fields below.

Tuttle Legal is committed to answering your questions about Bankruptcy, Foreclosure, Debt and Modification in Pennsylvania.

We offer a Free Case Evaluation and we'll gladly discuss your case with you at your convenience. Contact us today to schedule an appointment.